Star we have loved and lost 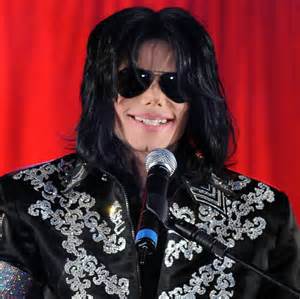 Anne Nicole Smith and Michael Jackson.  Two people that were in the lime light for two different reason.  Both loved there fans and wanted to please not only them but the people around them as well.  Both were always in the Media, we couldn't get enough of them.

What we see in front of the cameras, is the same as what's going on behind the scenes.  They both had people that would do anything for them, and I mean anything.  The pressure to perform would in the end take there lives.

The people who were paid to look after them, were the people who should have got them help, and not give in to there every need and want.  Drugs play a huge factor in this.  Both of there bodies were full of different kinds of drugs.

When I was younger I wanted to be famous.  But it seems being famous comes with a price.  We see it today with the younger Stars of today, the lime light gets to much for them.  Look at Justin Bieber 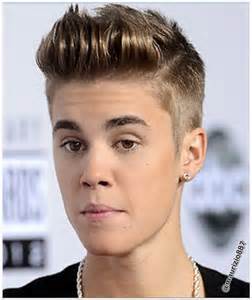 he doesn't want his photo taken with his fans anymore.  He doesn't seem to be enjoying what has made him famous.

So I ask you in this day and age would you like to be famous and in the lime light, where your life isn't yours anymore.


Posted by Rebes shopping ideas at 4:06 PM No comments:

I was talking to one of my friends on Facebook and she was very upset, and I ask her if she wanted to talk.  There was silence for a few minutes then she said that her 15 year old daughter was pregnant to her 18 year old boyfriend.  I couldn't believe it, here was a mother who was so there for her children, knew what they were up just about every minute of the day or so she thought.  They go to church every Sunday.  They believe that you shouldn't have sex until your married.  And this happens, it just goes to show that when you think you know what's going on in there lives isn't what you think is going on.

I was shocked to hear what the boyfriend's mother wanted her daughter to have, and that was an abortion.  The boyfriend's mothers daughter has had 3 abortions already.  Really, she is sending the wrong message to her daughter.  How about teaching her save sex if she going to have it with every guy she meets.  Or that she can say no to having sex with them.

Even though is she disapointed with her daughter she will be there for her and help her when she needs it.  As she will still be living at home.

I would like to know your thoughts. comments are always welcome.xo
Posted by Rebes shopping ideas at 3:12 PM 3 comments:

The time to vote is here

Every 4 years in Australia we go to the polls, to vote on who we want to lead us for the next 4 years.  So we choose between Labor or Liberal, not always an easy chose to make.  Because they make so many promises, its only when they get into office they forget or don't follow through with what they promise.  Always making an excuse as to why that promise wouldn't work at the moment.

Whatever party leader gets through it will be interesting to watch how they manage everything, sometimes its good, but more often we do suffer great loss.

Keep in mind we have to vote we don't get a choice if we want to vote or not.  So who will you vote for this year, remember every vote counts.

I can keep felling sorry for myself or try and make some changes in my life.  So here I go, for the next year I will write on this blog once a week, and see how that goes. I think its about trying new things.  This time I wont give up.

I have a few new things I want to try this blog is just the first thing I will stick with for a year.  And if it doesn't work out I will know blogging just isn't for me.

Posted by Rebes shopping ideas at 9:56 PM No comments:

Now that I have admitted it to myself I can now get the help I need to start the road to recovery.  I know its going to be a long journey, but I'm ready......
Posted by Rebes shopping ideas at 3:02 PM No comments: