Today i got really upset to read that 6  year old boy in china was taken from in front of his home where he was happy playing and was taken by a women they said and had his eye gouged out.
He is only 6 years old and will never be able to see again.
How very sad is that.
ORGAN TRAFFICKING is wrong people is has to stop.
Take care xo
Posted by Rebes shopping ideas at 2:31 PM No comments:

Any ideas how to keep my hand warm, they seem to always be cold.
What's that saying cold hands warm heart. lol
But still would like to know your thoughts.
Comments below and i  will always comments back;-)
Posted by Rebes shopping ideas at 2:51 PM No comments:

ADVERTISE FOR JUST 1 DOLLAR A DAY

IF YOU WANT TO ADVERTISE AND DON'T HAVE THE MONEY THEN PUT IT ON HERE.
FOR JUST $30 A MONTH, THAT'S $1 A DOLLAR TRY IT AND TELL ME WHAT YOU THINK.

Posted by Rebes shopping ideas at 2:45 PM No comments:

PEOPLES HEARTS ARE GETTING HARDER

I think peoples hearts are getting harder these days.
Because its so easy for people to walk away from other people
needing help.
Like someone it hurting someone else everyone will watch but on one will
help.
Some with a car accident people with see it happen and not do anything about it
There are so many hit and run accidents lately, because stopping they leave the seen.
What is the matter with people today???
Posted by Rebes shopping ideas at 2:15 PM 1 comment:

What makes teenagers give up on life?

Last night I went to bed and was nearly asleep when my 15 daughter comes on the room and starts crying.
I tell her to come in my bed and tell me why she is so upset. While I'm hugging my daughter she tells me about one of her friend that nearly kill herself today, and that she didn't know what to do.
And this is her friends story......
My 15 year old goes to her friends place everything is going along OK when her friends boyfriend ring up and dumps her friend.
She then tell my daughter she needs to go to the toilet.
After a while my daughter knock on the toilet door because her friend has been in there for a long time.
My daughter get worried and try's to get in the toilet to find her friend sitting behind the door blocking her from coming in, my daughter pushes on the door so hard it fin dally opens to her horror her friend is cutting her wrist and saying she doesn't want to live anymore.
My daughter wants to do something but doesn't know what.  So she tells her friend she is going to call the ambulance, her friend says no, so my daughters says let me call your dad the daughter says ok.
The dad is at work and cant come home until after work.
Feeling like she hasn't done enough my daughter starts crying and telling the her friend until her father comes home from work.
It was so tore at my heart to hear this.  I made sure to told she did everything right.
We need to be there no matter what for our kids.  I know money is important to make, but shouldn't our kids come first????
Posted by Rebes shopping ideas at 2:59 PM No comments:

If this was your last day on earth.
What would you do to go out on a
high?

Me I would Spend my time with my children.
And tell them how much they mean to me.
Posted by Rebes shopping ideas at 9:47 PM No comments:

Mother's Day is the one day I  really feel important to my kids.
Let my try to explain why.
My kids are getting older now, and showing me how they love me
by giving me and hug or a kiss on the cheek or just telling me they
love me, becomes lest freely shown as they get older.
so  Mother's Day comes by and I get all the attention that I miss out
thought out the year.

And I love it I  get breakfast in bed, my kids make me lunch and my husband
makes dinner whatever I want.
Also I'm loaded up with hugs kisses and told they love all day.

I watch two very different movies on Anzac Day.
One was about Australians fort in ww2
And the other was about Germans who fort in that same war.

Both stories tell of young men signing up being happy to fight in
the was there really knew nothing about, only that they wanted to
do there part in the war.

They went in one way and came out another.  Always shell shocked

Six young men in German join up, two run away from the was and was
never seen again.
The others died, one the very last day of the war.

My dad is German, he moved to Australia when he was 21 years old.  He is
now well into his eighties and is very sick and doesn't have last long to live.

My 17 year old son ask him what he thought of Hitler.  Because he was in what
was called  the Hitler's youth.  It was where young men had to go they didn't have
a choice.

We have all heard how horrible Hitler was.

It is interesting to hear from those that were in the middle of it.  And what it was like
for them.

I will go into more details later......
Posted by Rebes shopping ideas at 3:33 PM No comments:

I'm proud to be called an Australian.
Because its on this day we remember those that
have died in the war.
LEST WE FORGET
I will always be grateful for those that died protecting us.
And thankful that they gave they lives by giving up the res.
Posted by Rebes shopping ideas at 5:15 PM No comments: 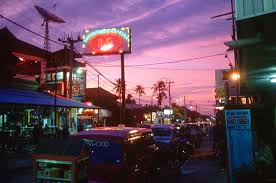 Look at these two pictures, these pictures are taken of Bali beautiful right.  Kind of makes you want to go......right.

The shopping would be fantastic and so cheap, why you could buy a lot of new clothes......

But its behind the beauty that worries me.

My son will be 18 in September and doing his last year at high school, and wants to go to Bali at the end of this year with his friend who's parents own a house in Bali.
Now just today an old lady got arrested in Bali because she was caught with drugs on her.  How many times do we hear this, how many times have people in Bali say don't bring drugs to Bali because you will get arrested.  It still baffles me that people still do it.

The night life I've been told by friends who have gone to Bali is great.......you just have to be careful of  some Bali people trying to sell you drugs on the street.  That's what I'm afraid of for my son is people offering drugs to him, and making him feel uncomfortable when he says no.

Yes I'm an over protective mum, and i worry he has never been overseas on his own before, he will be 18 so i cant stop him from going.

My husband has wanted to take me and my kids to Bali for year, and i have been to afraid to go.  Because to the drugs.  I'm scare someone will puts some in my bags or try to sell me some on the street or even put some in my drinks.  And all of this i have heard people in Bali do.......

Please let me know what you think.
Posted by Rebes shopping ideas at 12:55 PM No comments:

I wonder how many of you make New Year's Resolutions?
In the past I have made a lot, not one of my new year's resolutions did i follow through.
For me resolutions are like goals for me to actieve.  The only problem with that is i make to many and so it comes to overwhelming for me and i just give up.

So for this year I'm just going to make one New Year's Resolution.  And that is to do my family history.  Family History has become so big in Australia, that's it's got me thinking where i have come from.  That is it one goal for this year.

I will let you know every three months how I'm going with it, and share if i find some interesting stories of my ancestors with you.

I have no idea where making New Year's Resolutions come from or why it began.  Maybe starting a new year means starting with a clean slate.

I trick i have found is not making to many Resolutions try one or two at the beginning and see how that's works.

Good Luck see you all next week...